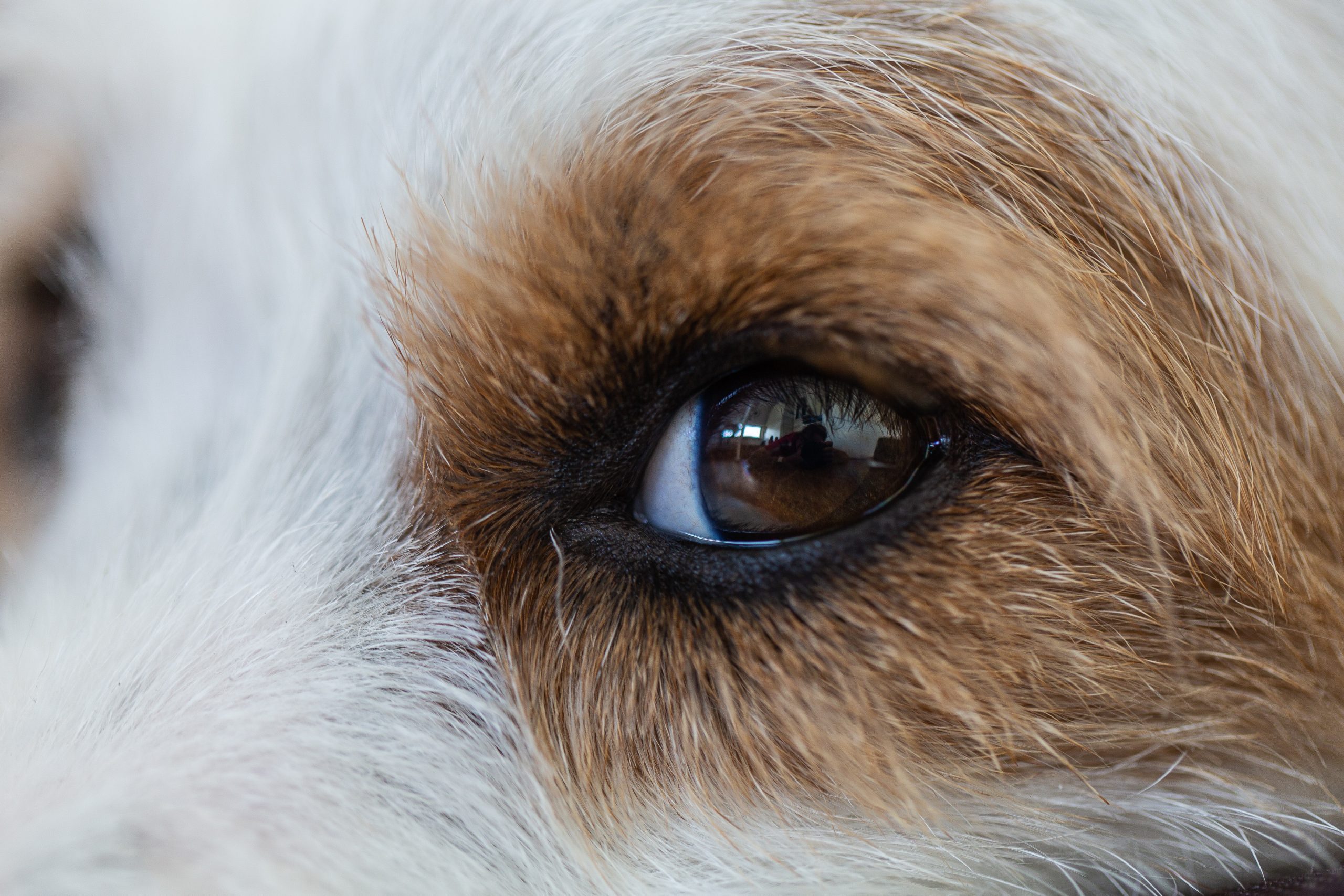 Dogs definitely see the world differently than people do, but it’s a myth that their view is just black, white and grim shades of gray.

Eyes work much like a camera. Light enters through the pupil. The iris, a structure that can expand and contract, controls the amount of light allowed in. Light then passes through the clear cornea and lens, which focus the light on the retina, a light-sensitive layer. This layer contains color-sensitive cones and motion- and light-sensitive rods, all of which convert light into electrical signals. The cones and rods send these signals via the optic nerve to the brain, which constructs an image from them. Dogs have only two types of cones, compared with the three types in human eyes.

Humans’ are Trichromatic. We have three cones that detect three different wavelengths of light: red, green and blue.

Dogs’ however are Dichromatic. They have two cones and their eyes only detect two wavelengths of light: blue and yellow. They also see some shades of grey.

Dogs would see a rainbow as dark yellow (sort of brownish), light yellow, gray, light blue and dark blue. Dogs don’t see red, purple (violet), or orange as we do. So, if a dog were to look at a uniform that is red or green it would appear as faded brownish, gray or indistinct.

Tests show that both the structure and function of the dog’s eye leads them to see things at a distance as more blurry. While we think of perfect vision in humans as being 20/20, typical vision in dogs is probably closer to 20/75.

In addition, dogs are more sensitive to light. They have more rods and a bigger pupil that allows in more light. What dogs may lack in visual acuity, they seem to have gained in motion sensitivity.  The dogs’ ability to detect movement and decipher what the movement signifies is an important characteristic for a predator.