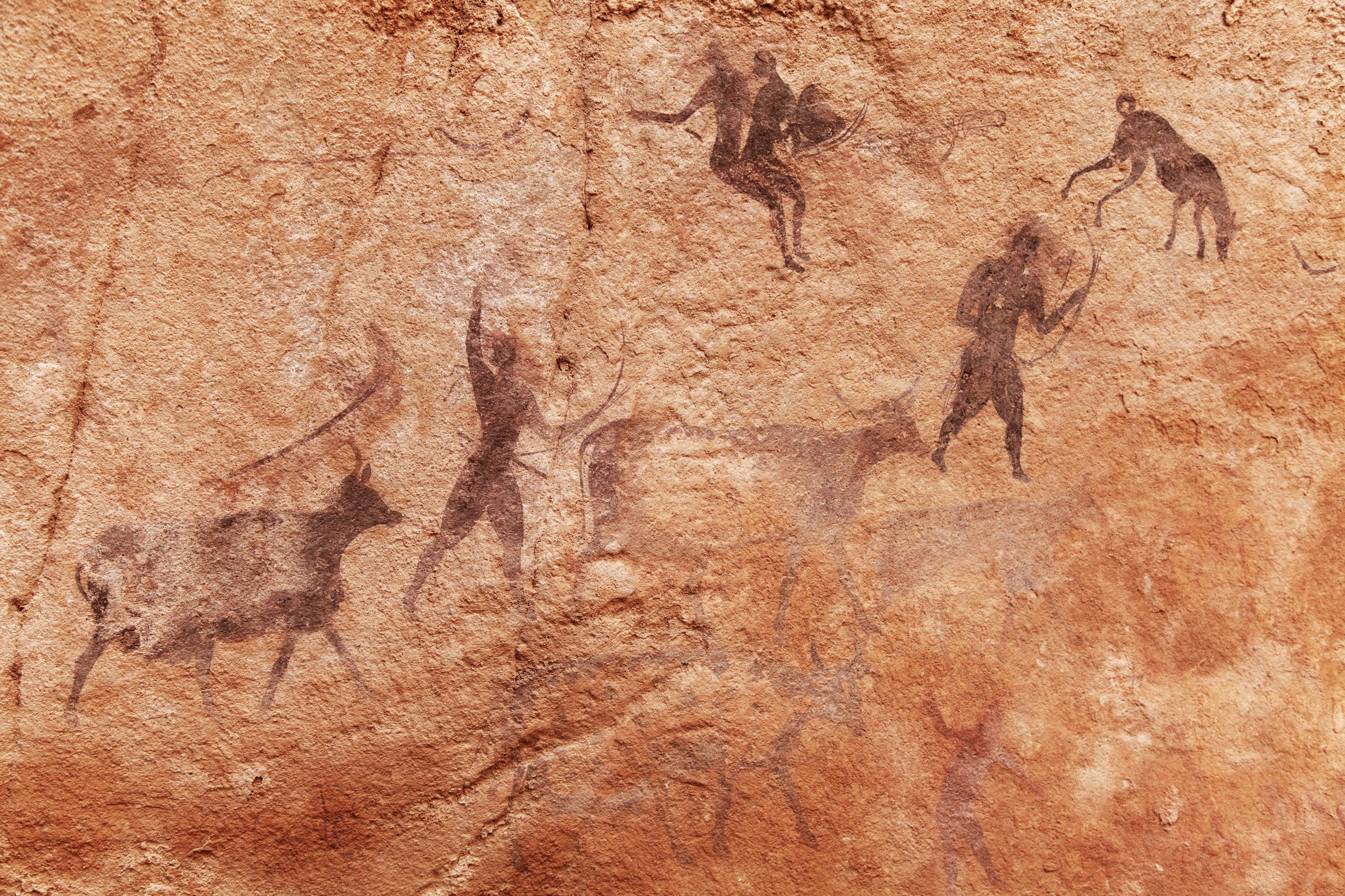 30,000 years ago, humans were still hunter-gatherers, long before humans settled down and long before agriculture started; human settlement started ≈12,000 years ago (Larsen, 1995). So a likely scenario, then, would be that wolves probably followed humans during hunting and were scavenging their share of the meat or simply fed on the leftovers (Thalmann et al., 2013). In this context, it is interesting that there is evidence of signs of gnawing damage to ancient bones from larger mammals of the Pleistocene period, which were found near human remains (Haynes, 1983).

The oldest domestic-dog remains were discovered in Europe, with a 14,700 year-old jaw bone uncovered in Germany. The Bonn-Oberkassel dog was a late juvenile when it was buried at approximately age 27–28 weeks, with two adult humans and grave goods.The grave itself was found in 1914 in Oberkassel, a suburb of Bonn in western Germany. Until now, however, researchers thought the burial contained two humans and just one dog. But a new analysis of the canid bones and teeth revealed that two dogs were in fact buried there: an older dog and a younger dog, which likely had a serious case of morbillivirus, better known as canine distemper.

The animal bones had initially been thought to be those of a wolf, however, when they were more closely examined in 1977, they turned out to be those of a domesticated dog (canis lupus f. familiaris), one of the earliest examples of a domesticated dog in Europe. Based on the bones, it was possible to reconstruct what the dog would have looked like.

It is suggest that at least some Late Pleistocene humans regarded dogs not just materialistically, but may have developed emotional and caring bonds for their dogs, as reflected by the survival of this dog, quite possibly through human care. 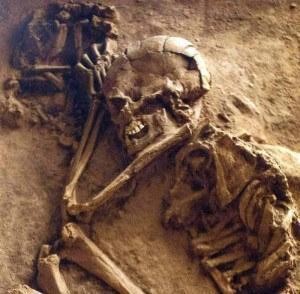 The image shows the skeleton – thought to be a village elder – resting his hand protectively on top of the puppy’s head, in what some believe is a demonstration of affection. For decades this find was considered the earliest archaeological evidence of the special bond that exists between man and dog and not just survival cooperation.

The depiction of dogs present in human lives stretches out throughout time, culture and spiritual context; animals have been essential partners who contributed to human survival, health and healing (Serpell, 2010).